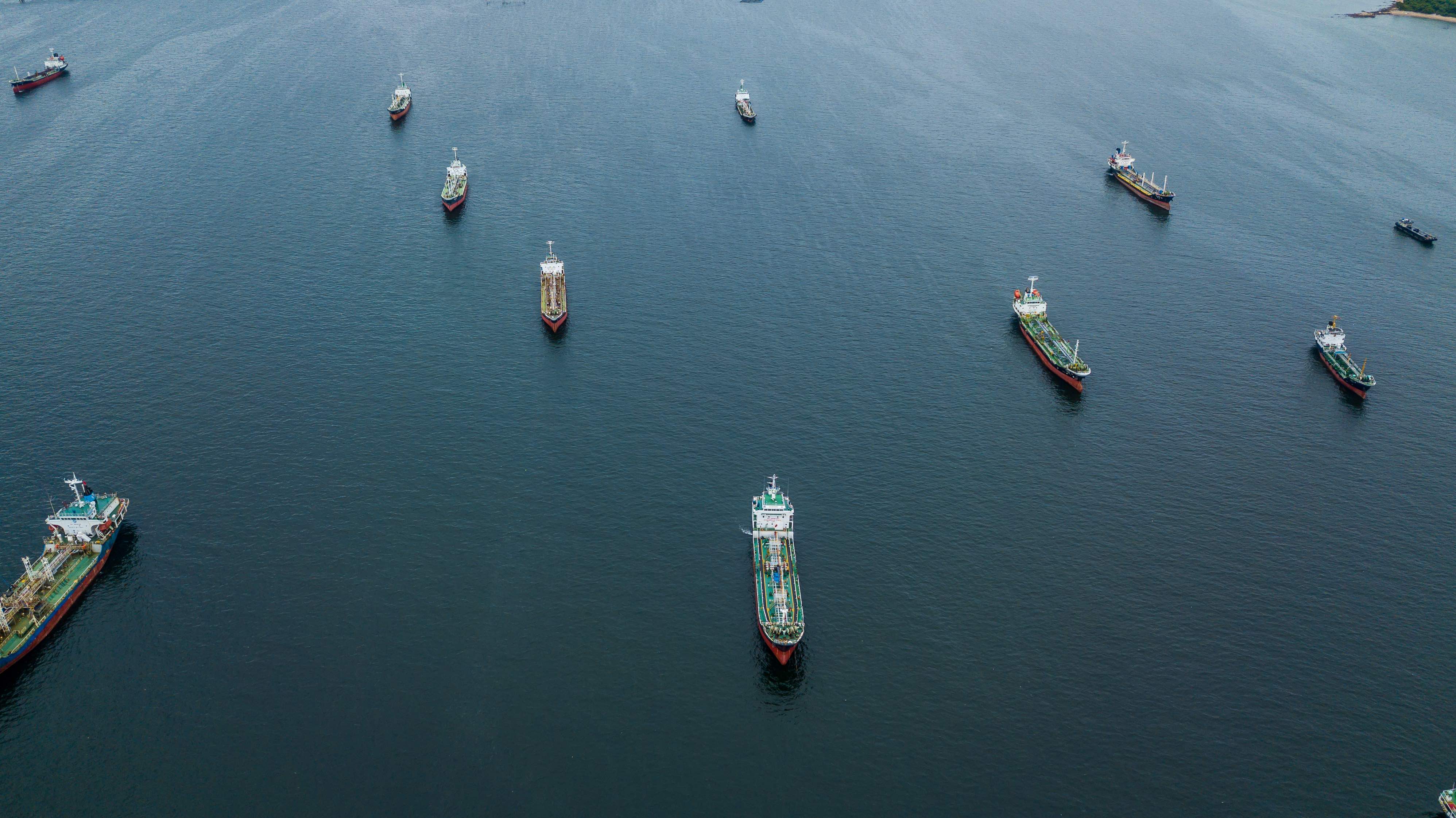 The oil and gas industry is under pressure to develop increasingly granular methods to measure its  carbon dioxide  emissions, including from its suppliers as well as its own operations.

Achieving the levels outlined in the Paris Agreement will require all industries to play their part. One area which many companies are looking at is international shipping. The marine environment is in need of attention to preserve the important biodiversity in our oceans and ships have a major impact on the oceans.

Future Energy Partners works with partners to utilise satellite measurements technology and data tracking and reporting to enable ships to optimise their operations including their greenhouse gas (GHG) emissions. Measuring emissions from ships is reasonably easy if you know the level of fuel consumption for a certain voyage, and what fuel it was. The carbon dioxide (CO2) emissions will be proportional to that but tracking emissions in real time is another matter.

The The Third International Maritime Organisation GHG Study (2014) estimated that for the period 2007-2012, shipping emitted about 1,000 Mt CO2 per year, equaling approximately 3.1% of annual global CO2 emissions. The latest update to the study by CE Delft projects shipping emissions to increase by up to 120% by 2050.  Under a business-as-usual scenario and if other sectors of the economy reduce emissions to keep the global temperature increase below 2 degrees Celsius, shipping could represent some 10% of global GHG emissions by 2050,  seriously challenging the objectives of the Paris Agreement.

Shipping also contributes to climate change through emissions of Black Carbon, tiny black particles, produced by the combustion of marine fuel. The highest amounts of black carbon these particles are produced by ships burning heavy fuel oil. Black carbon accounts for 21% of CO2-equivalent emissions from ships, making it the second most important driver of shipping’s climate impacts after carbon dioxide. Currently, there are no regulations controlling black carbon emissions from shipping.

Draft new mandatory measures to cut the carbon intensity of existing ships have been agreed by an International Maritime Organization (IMO) working group. This marks a major step forward, building on current mandatory energy efficiency requirements to further reduce greenhouse gas emissions from shipping. The IMO is providing a global leadership. Individual fleet owners and those that charter ships then need to put the initiatives into practice.

Whether the shipping company is keeping accurate records, and willing to share this data, is another matter. As a customer, you can demand it, but perhaps only at the point you are chartering the vessel.

In the shipping industry, this work is getting increasingly sophisticated. Digital Ship ran a webinar with Hafnia, one of the world's largest product tankers, interesting discussions about how they signed a contract with a lending bank for vessels, where the interest rate goes up or down depending on whether the CO2 emission from the company exceed, or go under, a certain target. This company uses sophisticated software developed by Coach Solutions to monitor the emissions from 200 vessels in its fleet to adjust their route and speed.

Equinor, Total, Shell, Occidental, and Dow Chemical, as charterers of tanker vessels, have signed a "Sea Cargo Charter" where they agree to collect data about the CO2 emissions of vessels they charter, and assess if they are aligned with the International Maritime Organization's ambition of reducing GHG by 50 per cent% by 2050 compared to 2008.

In the offshore shipping world, we have not seen many public announcements about companies measuring CO2 emissions, but now Yxney is providing vessel performance data management and collection largely for the offshore sector.

Yxney’s Maress web application harnesses the power of a ship’s existing data by visualising the efficiency and environmental footprint of the fleet. Maress enables a seamless information sharing facility with stakeholders and provides decision support to reduce emissions. Maress is independent of hardware, and has the flexibility to process a variety of data sources. No additional hardware is required, no investment cost, no new data input fields -just immediate business and environmental value.

There are many different services which shipping companies and their customers can use to gather data. GreenSteam, owned by BP, produces models for shipping companies that they can use to make decisions, such as when is the best time to clean the hull or propeller. Zero North, set up by Maersk, does not deal directly with technical data from ships, but gathers other data to make decisions, such as the vessel's location or fuel consumption data that shipping companies provide to their customers. Lean Marine of Gothenburg, Sweden, makes an automated digital device that runs on the ship’s bridge, to ensure that the vessel never users more fuel than it planned to, and to automatically adjust the propeller pitch.

If you don't have direct access to the vessel's fuel consumption, or you want to track emissions of competitors, then the options are more limited. Online ship tracking services continually monitor the location of ships, so you can see the distance they traveled, and perhaps the speed, but not how efficiently their engines are running.

There's a lot of hope that emissions can be tracked from data by satellite, and there have been developments to put devices on satellites that monitor emissions, but for now the resolution is too low to provide much. For example, the Copernicus Sentinel-5P satellite, run by the European Space Agency, has a spatial resolution of 7km. A ship would need to emit four tonnes of methane an hour for it to get picked up, and it only flies over any point on earth once a day. However, new satellites are being launched to increase the frequency, resolution, and sensitivity. Our recent article on the measure of methane emissions is available if you’d like to learn more.

How much can you reduce the emissions? The graph that follows shows the main sources of emission reductions.  There are a lot of opportunities.  Options such as using vessel space more effectively, having vessels running at a slower speed or slow steaming as it is referred to, using different fuels, or having different equipment onboard should all be considered. For using the vessel space more effectively, two companies active in the offshore maritime sector are PlanSea Solutions and StreamBA.

To run vessels at a slower speed, or consider it, vessel planning software such as that developed by Coach Solutions can let you see the voyages you are in control of, and play with 'what-ifs'' - if the vessel goes slower, how that will impact your CO2 emissions and the time it will arrive.

Some companies often operate in a mode where everything required offshore is 'urgent' - but perhaps if there was a cost associated with urgent deliveries, such as a carbon price, the urgency would not be so high.

Running a vessel on different fuels is very quickly emerging as an interesting area, particularly for shuttle tankers. Two companies, AET and Altera (formerly Teekay Offshore) this year launched what has been described as the "world's most advanced shuttle tankers", designed to run on LNG fuel, which has about 20 per cent% lower CO2 emission. They can also burn the gas which evaporates from the cargo (referred to as 'volatile organic compounds') as fuel.

There is a bewildering array of choices of equipment that can reduce fuel consumption, including generating auxiliary power from the main engine rather than separate generators, using batteries for auxiliary power (which could be charged up onshore), and generating air bubbles under the hull to give it lubrication.

Future Energy Partners employs experts in oil and gas optimisation, maritime, and data, as well as commercial aspects of the business, to help clients work out the right emission reduction strategy, negotiate it with your shipping suppliers, and measure the results. 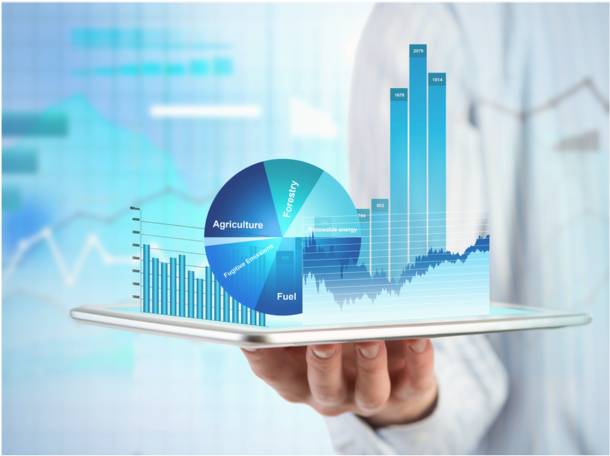